The second round of the AMOC intermarque championship was held at Oulton Park. Oulton Park is a circuit I don’t have much experience of and therefore we weren’t expecting a great result, just to come home with as many points as possible.

Friday testing was predominantly dry, so we had some good running, and I was able to get back up to speed with the circuit layout. The car ran well and reliably.

Saturday morning was very wet, before the qualifying session we had to make a decision whether to run wets or dry tyres. We went with dry’s and for the first 3 laps it was very slippery, several of my competitors went with wets, the 355’s pitted though when they realized they needed to dry tyres to go quick. With our dampers on wet settings and our tyre pressures probably set a bit too high, we didn’t manage to qualify well.

I lined up 11th on the grid, around some very fast cars, I knew I needed to move forwards in the pack, to make sure I didn’t give away too many points to my competitors. I had a flying start and by the hairpin I was up to 5th position, and holding onto the back of the leading pack. Over the first 15 minutes I settled into a rhythm not far off the back of the leading group, and then the rain came. Once it rained I tried to stay out as long as possible hoping it would pass over, as I didn’t want to lose too much tyre pressure in the pit stop whilst it was still wet. Eventually I had to pit, the 2 Astons in front fell back during the heavy rain, the 2 ferrari’s changed tyres and lost about a minute to me and the other Porsche was slowing after the pit stop. This left me with a very large lead, but on dry tyres in the wet. I was unaware I was leading, I could see no other cars in front or behind and found it very difficult to judge my pace, I had some very close near misses, and lots of instances where all 4 brakes were locked. Eventually I was caught by the 2 Ferrari’s and Aston, and so did another class B 911. This meant I fell back to 5th overall and 2nd in class. At the chequered flag I was just relieved to bring the car home undamaged in conditions like that.

In the end it was a very good result considering it’s not my best circuit, but we were painfully close to our first AMOC podium and I’m sure it won’t be that far away.

Now we have had two rounds of the championship I am tied 3rd overall and equal 1st in class on points, and Porsche have around 14 points lead in the team’s championship. 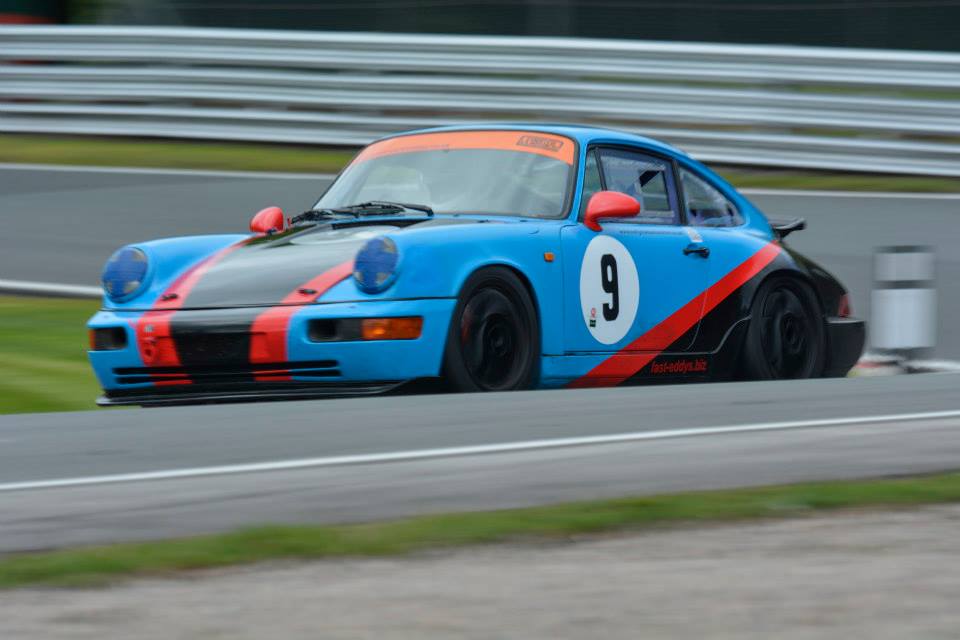