After last season’s disaster we were slow to start in 2016, due to not having the car right after the crash and some teething issues with noise and power. But with all that behind us, we started the season off at our local and favourite, Snetterton.

All the competition decided to test on the Friday before the race, but we played it cool and tried to save some money by arriving Friday night for the hog roast and then go straight in to Qualifying Saturday morning.

Having been out of racing for more than a year we had fairly low expectations, especially now the very professionally run 968s have become the dominant force. On the lap timer I saw the fastest ever lap I’ve done at Snetterton mid session, so I was very pleased with how it went. The brakes started to fade towards the end of the session so a decision was made to take it easy and save the car for the race.

My fastest ever time of Sntterton put us 2nd overall on the grid, alongside the Feathers Motor Sport 968 and ahead of Steve Atkinson’s 968.

Now we had a taste of success in qualifying expectations were raised for the race, although the pole car was over a second faster. We made an excellent start, moving ahead of some of the GT4 competition in the race at the front. Eventually they all got out the way and we emerged as leader in the early laps.

We maintained a solid lead into a very early pit stop phase of the race. I came in when I saw the second place cars pit board go out, in an attempt to make sure they couldn’t jump me with clean air running. But they stayed out for an extra lap and had a chance. Our out lap and 1st flyer after the stop was the fastest of the race, which made sure we maintained the lead. With a trim of tyre pressures in the stops the car felt at its best but this wouldn’t last long as on a such a hot day and being pushed so hard by James Guess in the Feathers Motor Sport 968 the tyres went off in spectacular style.

The car went from understeer to oversteer and back again as we struggled to manage tyre temperature. With about 15 minutes to go James Guess finally got past into the last corner. We were able to utilise the power advantage and pull back ahead on the next straight. This would happen again on the next few laps, with me emerging as the leader and surely a frustrated James in the faster over a lap car behind.

Eventually James got past on the first hairpin which gave him a chance to pull a way a little as this was followed by several corners. James held the lead for a couple more laps, until he saw the mechanical warning flag for a fellow competitor and thought it was the red flag. As James lifted off we slipped back into the lead with only a couple of laps left we maintained the lead to the end. Taking our first ever overall victory, and giving us a 100% win record in 2016. Probably the hardest race of my life, 50 minutes of very hot sun and a battle from start to finish.

Unfortunately the video camera failed so we have no video of the race, just a few photos provided by a stranger over Facebook.

The next race is Brands hatch this weekend, where the 968s will have the advantage due to there being less long straights for me to use my power. 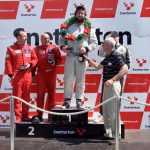 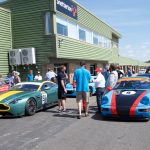 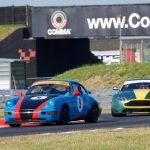 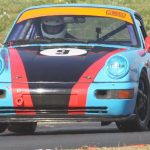 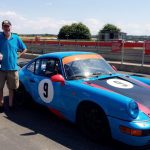 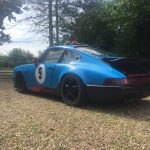 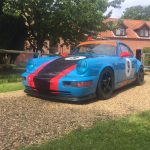 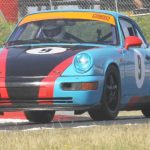