Snetterton track day in the rebuilt 964

After the incident at Donington Park in June 2015 the 964 went off to be repaired. We finally got it back in December, just in time for the off season, so we couldn’t test the car until the middle of February when the weather looked a little better.

First of all the car now looks stunning, the paint job is excellent, and I don’t think the panels have ever been so straight since it left the factory. The only slight down side is we don’t have our full race livery from the previous few years still. The car is predominantly blue, with the bumpers, sills, wing and bonnet still in last year’s vinyl, which actually looks quite good.

It’s been good to have the car back in the garage, so the last few jobs before the 2016 season starts, such and brake pads, scruitineering checks and final tidy up.

We trailered the car down to our local favourite Snetterton, for a very cold Valentine’s Day track day. The day started with a damp track so we bolted on the full race wet Pirelli tyres, a luxury that many of our fellow track day drivers didn’t have. After the sighting laps in the C63AMG which included an MX5 in the Armco on the first corner of the out lap (muppet), we got on the with the day.

The first session started with another MX5 in the Armco at the same corner, then a 30 min clean-up for oil around most of the track. The rest of the day would go the same way with no more than 3 laps completed before the red flag would re appear.

Once we started to turn some laps we immediately got a slap on the wrists for being too noisy on the drive by meter. So with the noise, the many red flags and slippery track there wasn’t much significant running in the morning. But we did learn the car was very well put back together after the crash, no squeaks or rattles, and it seemed to handle very nicely too.

In the afternoon the track was dry, the sun was out and everything looked good. We bolted on the dry tyres (although several years old now), and went for it, although we had to go slowly past the drive by meter otherwise we’d be sent home.

As the lap times dropped an issue became apparent with the engine. The engine now would pull cleanly through the higher revs, we believe this is down to a fuelling or mapping issue. Any kind of misfire at top revs and full load can do serious damage to the very expensive engine, so we decided it was best to call it a day.

We believe the noise issue will go away at proper test days, and races, so we won’t be modifying the exhaust again, as that is all new. Hopefully the engine issue will be solved with a day on the rolling road. All in all the day was fairly successful, as we proved the major damage repair was good, and the car drove nicely.

Once the car has been on the rolling road and sorted, we’ll be doing more testing before the season starts. 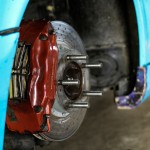 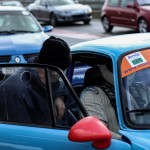 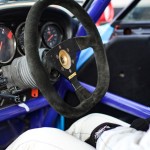 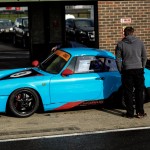 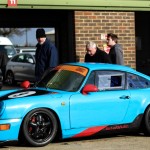 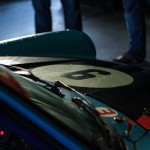 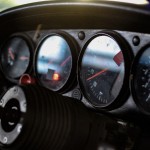 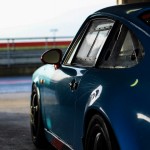 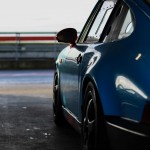 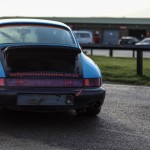 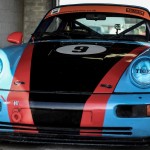